«Ergastiri Psaltikis» («Chant Workshop») based in Athens, was founded in 1998. Although its members are of diverse professional backgrounds (students, undergraduates, businessman, employees, professors), they all have in common the yearning and love for collective research, cultivation and spreading of the wealth of byzantine music and the art of chant. The musical origins of Ergastiri Psaltikis originate directly from the source of Constantinople, from the Archon Protopsaltis (First-Cantor) of the Great Church of Christ, Thrasyvoulos Stanitsas, who’s pupil was conductor Athanosios Paivanas for many years.

Ergastiri Psaltikis has participated in festivals and gatherings of foreign and greek choirs, at theological and scientific conferences, festive events of archdioceses, local municipalities and has performed in many concerts in Greece and abroad. At the VIII International Competition of Sacred Music (Preveza 2002), it won first place in the category of byzantine choirs and also the Special Prize for the best Greek Choir.

A concert under the auspices of the Archdiocese of Athens with hymns of Byzantine Music Composers of the 21st Century in the Cathedral of the Metropolis (Athens).

A concert in the House of Music of Athens (Megaron) with title “Emmela Theia Pathei”.

A concert under the auspices of the Archdiocese of Athens with hymns from Holy Week, in the Cathedral of the Metropolis, and in the presence of the Archbishop of Athens and all of Greece, his lordship Hieronymos.

The publication of the digital disk, “Anastasieos Hemera” (On Resurrection Day), which is comprised of hymns from the Pentecostarion, as they were chanted in the most-sacred Patriarchal Church (Constantinople) by Thrasyvoulos Stanitsas.

The release of a digital disk with the Canon of Supplication (Paraklisis) to the Saints Constantine and Helen, on the anniversary of the reception of the sacred relics of Saint Helen in Athens.

A concert at the Patriarchal Cathedral in Belgrade as well as the participation in the Divine Liturgy at the chapel of Saint Savvas (2015).
Awarded by the International Music Association GinaBachauer.

Participation in the Great Synodic Vespers lead by the Archbishop of Athens and all of Greece Ieronimos (2013).

Concert in the hall of the Philological Association “Parnassos”, on February 9 2013, within the program of concerts of 2013.

Participation in the Divine Liturgy at the Cathedral of Christ the Saviour (Moscow, 27/05/2012), where the choir chanted in Greek.

Concert in the Rachmaninoff Hall of the Tchaikovsky Conservatory (Moscow, 26/05/2012).

Concert at the Cathedral of Christ the Saviour in Moscow, during the annual theological-cultural congress “Nativity Readings” which was organized by the Russian Orthodox Church (26/01/2012).

Participation in the International Choir Festival “Academy of Orthodox Music” in St. Petersburg, Russia July 2009, where it performed three concerts of Byzantine Music, in St. Petersburg (17/07/2009) at the renowned and unique State Academic Capella, in the city of Novgorod (19/07/2009) an outdoor concert and another concert in the Holy Church of St. Sophia (XI c.).

Release of the new compact disc, titled “Let every breath” in January 2014. Performance at The Athens Concert Hall on April 7, 2014. 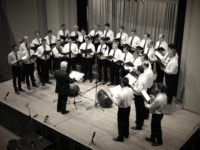 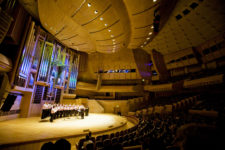 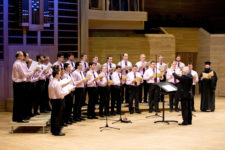 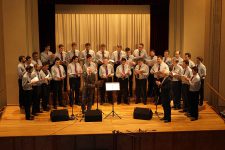 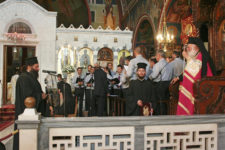